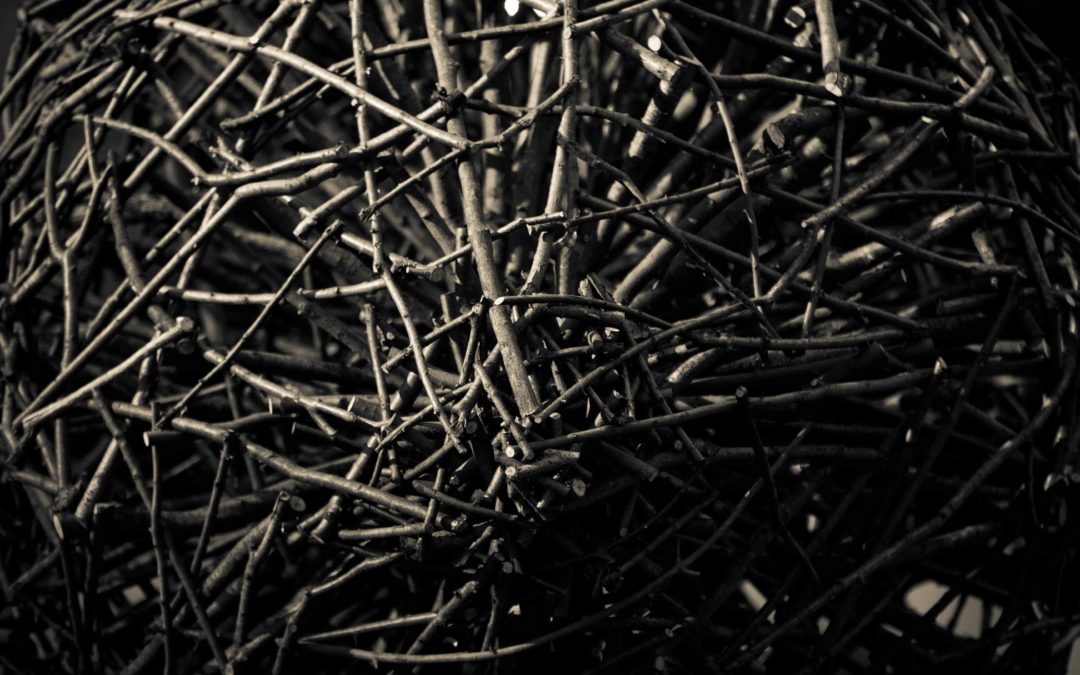 I’m headed to Germany today—the land of kraut and glockenspiels and bier and castles and one great art show every five years called documenta. I’m grateful for the opportunity I’ve got to create and show my sculpture at the Hessisches Zeigeleimuseum in Kassel in conjunction with documenta 14, thanks to Dane Arts and Kulturnetz Kassel. The exhibit’s theme “On the Run” is broad, but relates in part to Germany’s staggering refugee crisis and the movement of people across the continent.

I’ve been working with invasive species for the past six years, and will be experimenting with new materials—including Japanese Knotwood, Germany’s favorite invasive, which looks like a cross between bamboo and buckthorn with a hollow core inside. Invasive or non-native species like Japanese Knotwood, are not always welcome in the places where they’ve landed. But unlike refugees, they’re free to take root where they want, barriers and borders be damned. My work will explore the nature of being uprooted and transient.

When I’m not eradicating small patches of invasive species and making something beautiful out of the branches, I’ll be putting my dormant German into play again, after a long hiatus from use since living in Vienna thirty-three years ago. I’ll sample schnitzels, frankfurters, and apfelstrudel and take in all I can from documenta, the culture, and the artists I meet.

Hier, hier, and another stein of bier! Oh, that’s right, I don’t like beer.

Images: photo of a detail of my work (seed pod detail)